Athletic Brewing Co is really out to make great-tasting craft non-alcoholic beer for healthy active adults. Whether you're a podium finisher or weekend warrior like ourselves, we're here to provide you a healthy, organic option that won't get in the way of your training goals. 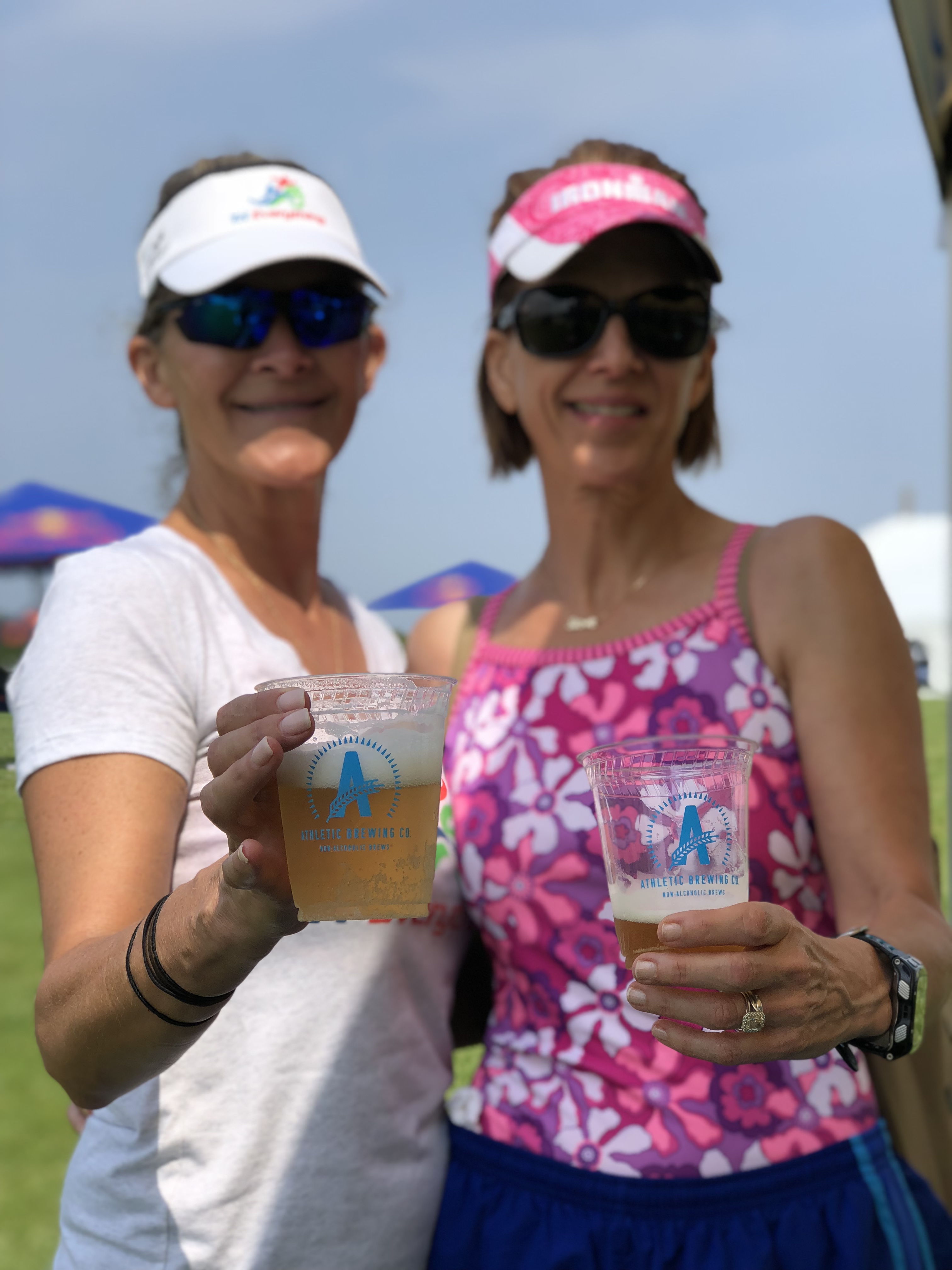 ‍NON-ALCOHOLIC BEER IS POINTLESS, THEY SAID...

NO ONE WILL DRINK IT, THEY SAID.

IT CAN NEVER COMPARE IN TASTE ANYWAYS, THEY SAID... THEY (AND MAYBE YOU) WERE WRONG.

It turns out a well-crafted non-alcoholic beer can have as much flavor and provide as much enjoyment as the best alcoholic craft beers in the world... Because we’d argue that most beer lovers’ enjoyment of beer actually has nothing to do with the alcohol and everything to do with the experience. That’s why we’ve spent the last 3 years developing beer that would deliver the same complex flavors and refreshing experience of craft beer.

At Athletic Brewing Company, we are pioneering a craft beer revolution. We believe you shouldn’t have to sacrifice your ability to be healthy, active, and at your best to enjoy great beer. So whether you’ve decided to cut alcohol out of your life for good, for a night, or for just one drink, Athletic Brewing provides an option without compromises.

Athletic Brewing Co was at Escape the Cape and we look forward to seeing them at IRONMAN 70.3 Atlantic City! Visit their tent for the Ultimate Post-Race Refreshment!

ALL OUR BEERS ARE CRAFTED WITH ALL ORGANIC GRAINS IN OUR STRATFORD, CT BREWERY.