"Forget about that other spot kid, go take a look at the ferry."

You hear it all the time, but you never think it can be true. 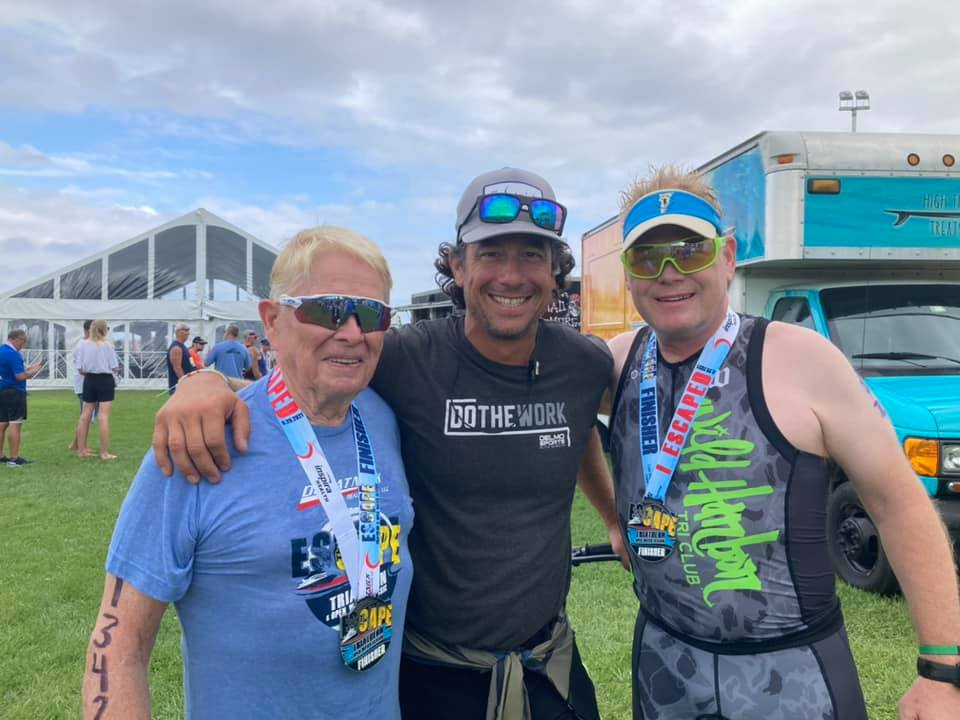 Someone says something and that phrase or sentence completely changes the course of time & space for someone else... literally. Seriously, everything about that person’s life starts to accelerate toward a universe of which was never thought possible.

That's what Mr. Frank Simonsen did for me, for my team, and for thousands of people who make the annual trek to Lower Township, NJ to jump off the Cape May-Lewes Ferry for the Escape the Cape Triathlon. Here's how it happened:

The following is a 100% true story; no embellishing, no exaggeration.

In 2011, immediately following the Atlantic City Triathlon, I began working on a plan to host a triathlon in Lower Cape May. I called Mitch Plenn of Lower Township Recreation and we began having a discussion, but that conversation went nowhere due to my lack of follow up. Fast forward one year. I'm sitting at my computer, going over my year-old proposal for a race in Lower when the phone rang; it's Mitch. I was stunned, I explained how serendipitous it was that I was looking at the plan for a triathlon we had spoken about a year ago. He laughed and invited me to come in and speak with the Lower Township Recreation Committee. I agreed.

As I prepared my idea, made printouts, and rehearsed what I was going to say, I was absolutely certain I had the best idea moving forward (the idea had nothing to do with the ferry). This event was going to be a homerun.  No one could tell me any different. Until I met Frank.

I entered the room, exchanged pleasantries with the committee members and presented my plan. I was confident, and why should I not have been? I've been producing Tri the Wildwoods since 2004, and have done two races in Atlantic City, this should be a breeze, right? Wrong.

First, committee member Jim Ridgeway, a tall imposing fella with a penchant to end his conversations with the term, "Rock on," said, "A lot of people say they're going to do something and don't. Are you going to walk the walk here, or just talk the talk?" I was not expecting this as my first comment. I simply replied. "Yes sir." Then, Frank spoke up, and I must admit, I didn't call him Frank, it was Mr. Simonsen then, he stated, "Listen kid, I know you think you have a good idea, but forget about it, go and check out the ferry property, it's a piece of paradise down here and no one uses it." Truth be told, I thought to myself, "What the hell does this old man know about triathlon? I'm the race director, I know better," but to humor him I simply said, "I'll take a look and see."

With that, the meeting ended with me telling the committee I would scope out the ferry and let them know what I think. I, begrudgingly drove to the ferry property like I had done dozens of times before, but the only difference was this time I had my race director hat on. My reaction was jaw dropping; the old man was right.

I'll save the rest for another time.

In 2023, we are going to host the 10th Annual DeSatnick Real Estate Escape the Cape Triathlon Presented by Inspira Health all in part because some old man imparted his wisdom on some young kid. #grateful

Frank Simonsen passed away on September 23, 2022. He was 85 years young, and I mean YOUNG. He competed in ETC as recently as 2021 at the age of 84 and could been seen riding his bike daily through Lower Township. He was known by everyone in town, but more importantly, RESPECTED by all. He will be missed.

ps. listen to your elders

Most of this season is in the rear-view mirror. What a blur.