Now Get Comfortable With Getting Uncomfortable

Summer Is Finally Here: Now Get Comfortable With Getting Uncomfortable 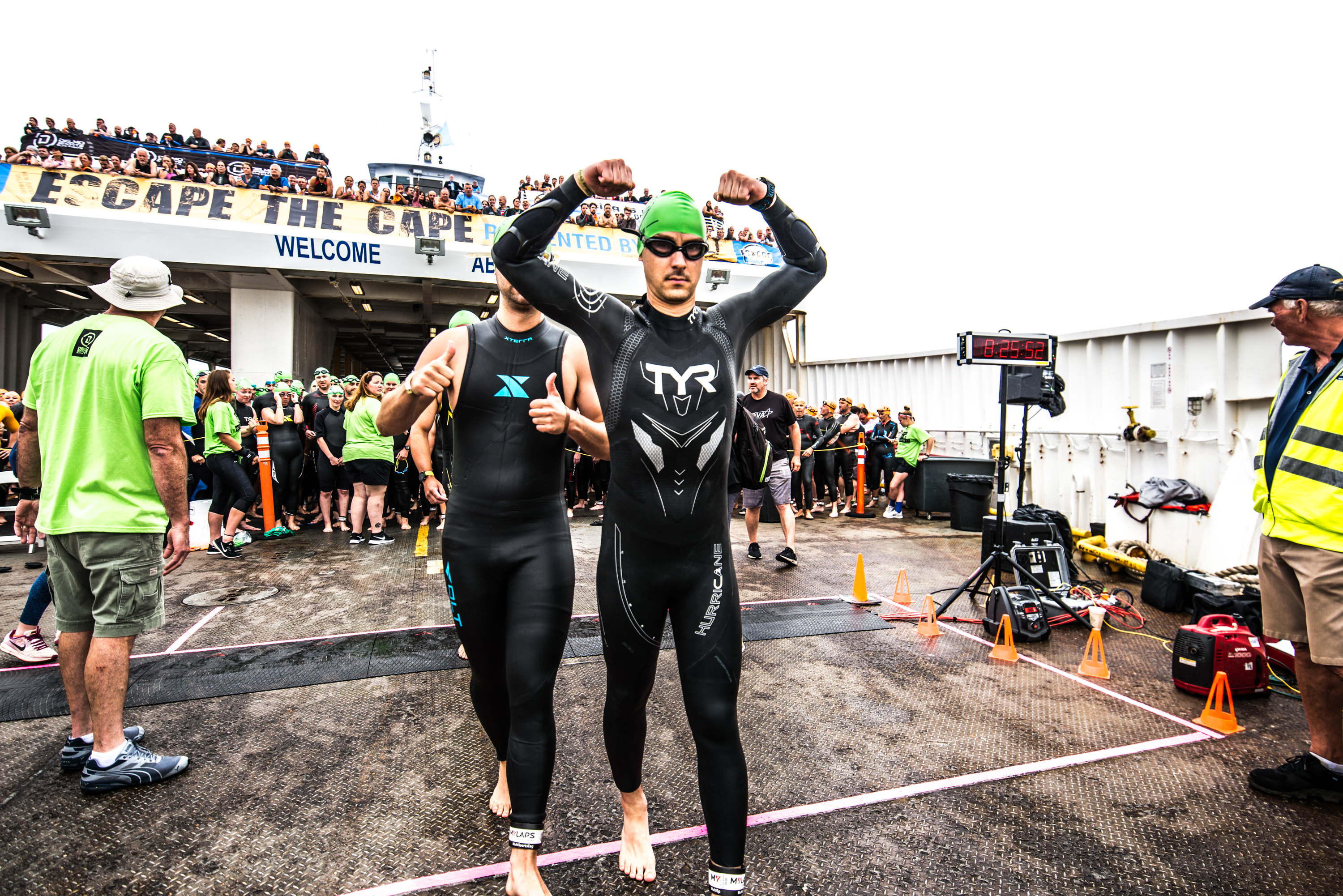 There I was looking at a placid Breakwater Harbor. "This is it, we're gonna do this thing!" I thought to myself. It was September 30th and we were 12 hours from finally pulling off the Escape to Lewes Open Water Classic... on our 3rd attempt. World Champion Ashley Twichell had just arrived, the course had been set, and the crew and myself returned to our hotel for a nice meal. The rest is history. We awoke to 30mph winds and a cancelled race. Disbelief washed over me and a sinking feeling in my stomach was firmly set. I cancelled the race for the third time in a row. "Now what do I do?" The higher ups of the DRBA and their staff genuinely felt bad for us. We knew we could not attempt a fourth ETL. "But I have these athletes...what about them?" We all looked at each other and the natural choice was to make Escape the Cape Triathlon...an Escape the Cape Triathlon and Open Water Classic. Great solution, right? How the hell do we pull this off two days in a row?

QUEUE the uncomfortable feeling of doing something that had never been done...and now it MUST BE DONE.

To most, adding a swim to an already busy weekend appears to be a fairly simple task, "What's one more thing?" But, for us, it's not just one more thing... it's a million more things complete with an entirely new set of rules, regulations, relationships, adding stress to an already busy community and not to mention GETTING THE RIGHT WEATHER TWO DAYS IN A ROW. The whole process of building out the weekend of the ETCT & ETCOWC was extremely uncomfortable for myself and our team. We had never attempted anything like this before. We had no experience. We had no frame of reference. We only knew we HAD TO DO IT. Now, what do I mean by that? When I say we HAD to do it, I'm not referring to "Oh great, now we have to do a swim too?"  rather I'm referring to us living out our vision for a world class open water swim. I HAD TO ATTEMPT IT, IT WAS IN MY DNA, I MUST SEE THIS THROUGH!

Have you ever felt like that? Have you ever witnessed something, or read something, or watched something on TV and said, "I'm doing that one day.”? I did. I watched the RCP Tiburon Mile Swim on YouTube. It's a fascinating swim known as the most competitive and prestigious open water swim event in the world. I thought, "I can do this here, we're world class, we can do it." And I set about finding out how I can make an open water swim like no other. And we did just that, no other swim has ever been called the "4th Annual Inaugural," only us! Don't get me wrong, it wasn't easy, there were many challenges and I was told, "It'll never happen."

What's your point DelMo? All of us have a desire deep down within to do more, feel more, and feel like we're 'enough.' Our events are just races, they are a place for people to experience being the better version of themselves even if it's for only a few hours. BUT, it will be uncomfortable, you will go through doubts, you will wonder, "What the hell did I get myself into?" But you will find if you can accept the uncomfortable... and get comfortable with that knowing it's part of your growth, then you will succeed... one step at a time.

I'm begging you to pick a BIG GOAL and go after it. Find a way to make it happen. Take One Step At A Time. You can do it.  But don't expect it to be easy.

Definition: in a way that shows a lot of determination and a willingness to take a big risk in order to achieve something.

Joseph Antonelli - November is the month of Thanks.