Named for TYR the Norse god of warriors, TYR is a company started by athletes and powered by athletes. They are dedicated to re-imagining technologies that help athletes obtain peak performance through innovation and design. Always In Front. 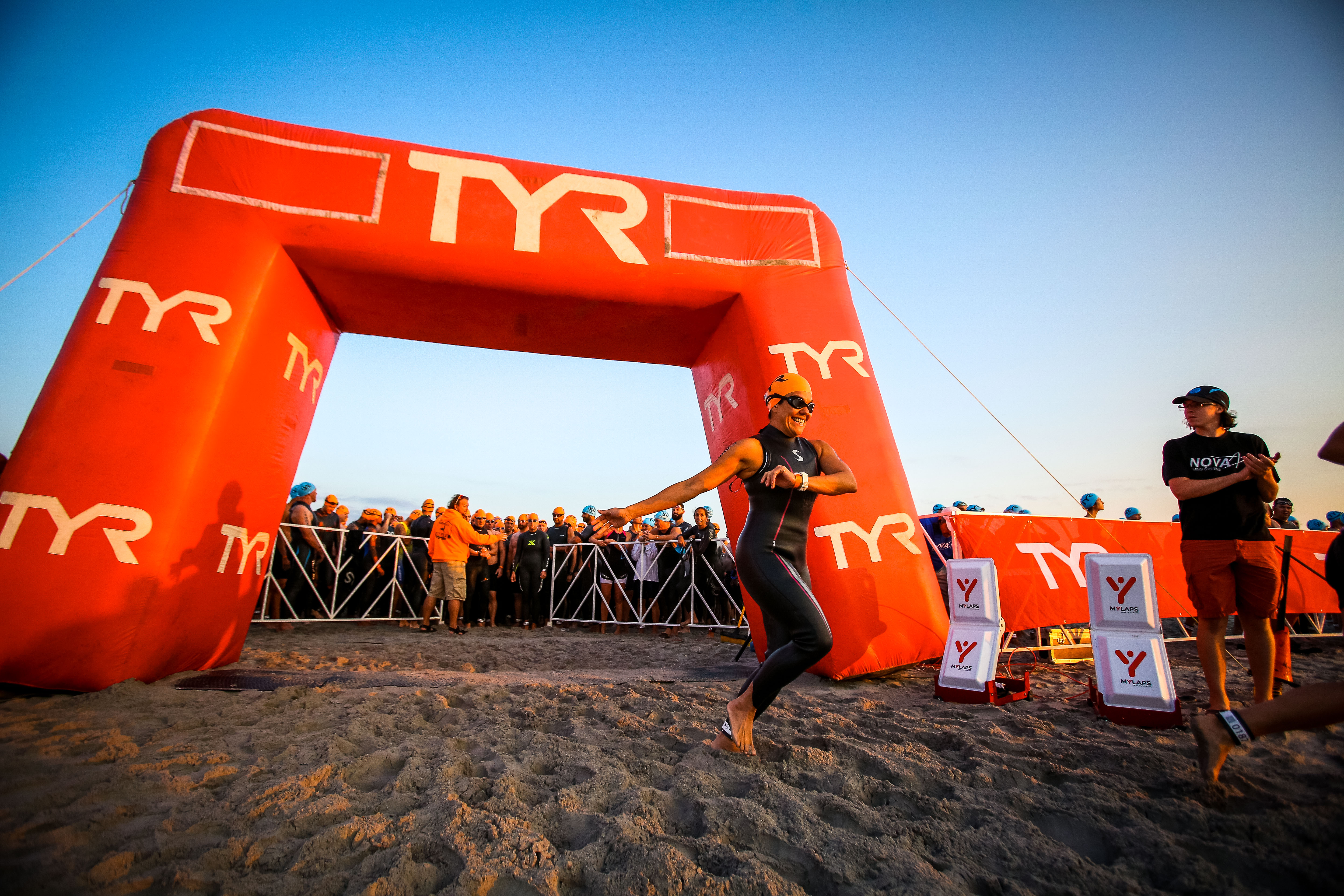 The Official Swim Sponsor of DelMoSports

If you have raced a DelMoSports event this season, you might have seen their tent at expo, the TYR Sponsored swim course, in addition to all swim caps which were provided by TYR. TYR Sport is the leading manufacturer of competitive swim and triathlon gear.

TYR also engineers innovative products including the Hurricane Wetsuit Series, the Freak of Nature and the TYR Torque Swimskin, which has helped some of the sport’s most talented athletes claim a staggering six world titles.

World Championship Gold Medalist and TYR Sport swimmer, Ashley Twichell will be taking the plunge at our next event, the Escape to Lewes Open Water Classic on September 30th in Lewes, DE! This event includes a 3-mile and 1-mile swim. It’s the first-ever event of its kind to be held in Delaware and the largest open water swim on the East Coast.

DelMoSports is proud of have TYR as our Official Swim Sponsor for the 2017 season. You can check them out online at tyr.com or at https://trieverythingstore.com/collections/tyr.